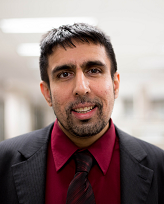 Presenter: Robert Otal
Executive Director, METSCO
Co-presenter:
Travis Squires
Manager, Data Sciences
Description:
Through the introduction of online monitoring technologies in the field, including substation monitors capable of providing near-real-time data and readings on power transformers, switchgear and circuit breakers, along with line monitors for overhead conductor and monitors for underground cables, organizations now possess novel opportunities to integrate this data into their asset management frameworks such that decision-making can be enhanced. This presentation will examine recent efforts to develop Asset Performance Management (APM) frameworks, leveraging available near-real-time data that is being retrieved from online monitoring devices. This presentation will touch upon the emerging field of analytics that can be applied to this data, including machine learning techniques, in order to detect specific signatures within the data that can be correlated to specific failure modes. Robust APM frameworks are able to leverage this near-real-time data for the purposes of delivering dynamic health index results based upon the newest readings, as well as operational alerts that can detect possible failures that will occur in the next few weeks or months, providing organizations with enough time to take action. For complex substation assets, an APM solution can allow plant managers to manage and mitigate significant risks within their system. This presentation will also present the results from specific case studies, where near-real-time data from field sensors was successfully leveraged and integrated into an APM such that the organization was able to enhance their risk management and asset management decision-making approaches.
About the Presenter:

Robert Otal is the Executive Director at METSCO. In this role, Robert has worked with utilities to introduce solutions to better optimize their asset management processes and systems, such that the underlying plans and components can be better justified in a regulatory environment.

Prior to joining METSCO, Robert also worked with two utilities. While at Toronto Hydro-Electric System Limited, Robert worked hands-on in improving and optimizing Toronto Hydro's Distribution System Plan. While at Horizon Utilities, Robert assisted with the implementation of their Asset Management Plan and condition assessment system to evaluate the distribution system assets.

Mr. Otal obtained his B.Eng. in Electrical Engineering from Ryerson University, and is also a registered Professional Engineer in Ontario. Mr. Otal most recently obtained his CAMA certification in 2018. His areas of interest include risk based analysis and optimization of distribution systems. Robert takes an active role in the Engineering profession and is a member of IEEE. 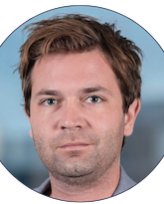 About the Co-presenter: Dr. Travis Squires leads METSCO’s Data Sciences practice in the development of transformational systems, business process and algorithms that are capable of automatically detecting key issues and risks, and providing actionable insights to utilities. Dr. Squires has extensive experience in the development of machine learning algorithms and the application of these algorithms to in-field testing data. Dr. Squires holds a doctorate in mathematics from the University of Toronto, is a published researcher in mathematics and mathematical physics, and has been using advanced statistics, modelling and machine learning as a consultant for over 6 years in various sectors including energy, supply chain, retail, and social media. Prior to working as a consultant Travis was a lecturer at The University of Toronto, and The University of Toronto, Mississauga mathematics and engineering departments. Dr. Squires has been transferring his knowledge of data processing, statistical analysis, machine learning and operations to the utilities sector and as well as supporting clients, acts as an advisor internally supporting METSCO company wide.