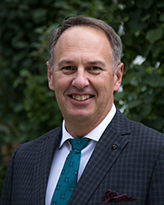 Presenter: Conrad Greer
Founder, SPC Results Inc
Description:
The presentation will show the 21 specific harms to business that arise from ad hoc, weak, and unstructured spare parts (MRO materials) identities. The focus will be on the 6 specific harms to the maintenance. 1. Confusing material searches in WO planning 2. Extra validations used in WO planning 3. Work scheduling delays when planned parts are out of stock but are available under a different number in the warehouse 4. Job schedule interruptions from mis-identified materials 5. Production loss from wrong parts issued to a job (bigger impact than just work schedule impact) 6. Work to return wrong materials to the warehouse from a job The presentation will cover what the identifying elements of an MRO material or item record are. The necessary elements to solve the MRO material identity problem will be discussed. Useful MRO identities are structured based on rationalized noun classes. Applying the taxonomy to an MRO catalogue makes items comparable in a way that was not possible before. This allows for the removal of duplicates, assignment of items to equipment / functional locations and then removal of clutter items. Finally, the beauty of life in the Maintenance Department with a rational effective MRO material catalogue will be revealed!
About the Presenter:

Conrad is in the third act of his professional career, a master data focused consulting business for asset intensive companies that want to make their business-critical MRO material masters more useful. Standardized descriptions that are consistent and meaningful to the people that use them is the core of the business. Appropriate data governance and data administrative processes will support gaining enduring value for clients.
What about acts one and two?
• Act one was a twenty-year career as a Canadian Naval Officer. More precisely, a Marine Systems Engineering Officer with experience at sea in naval operations and training. Primary ashore duties were in ship refit maintenance (turnaround maintenance) with shipyard, local Headquarters and National Headquarters jobs. He also had shore duties in shipboard fire fighting and damage control training. Conrad’s career took him to both Canadian coasts, National Headquarters in the capital region, as well as overseas duties in the United Kingdom and the United States. Highlights of his career were a tour as the Marine Systems Engineering Officer of a destroyer, an exchange tour with the United States Navy working in the Production Department at the Philadelphia Naval Shipyard on aircraft carrier mid life conversion refits, and a job in the Canadian National Defence Headquarters as the Steam Warship refit project officer overseeing five major refit projects. He voluntarily concluded his Naval career with the personnel reductions that came with the cold war peace dividend.
• Act two was a twenty-year career as an SAP Materials Management functional consultant. Starting in Ottawa gaining certification and experience in SAP implementations working for Canadian Government departments. Conrad then moved west to Calgary Alberta where he has worked in the Oil & Gas, Pipeline and Utility sectors implementing, optimizing, and supporting SAP enabled business process. His energy industry work has been focused in Calgary and Fort McMurray Alberta, but has taken him to Houston Texas, Aberdeen Scotland, Denver Colorado, the US Marcellus Shale and Morocco. Prior to starting SPC Results Inc. providing independent consulting work, Conrad worked eight years for OmniLogic, PwC Consulting and IBM Business Consulting Services. As a keen observer with an analytical bent, Conrad has seen that poorly identified material and service master data was the most common root cause of new business processes failing to deliver the full value clients anticipated.